Unlike most of the stars in the galaxy, our sun is a solitary, as alone as the unnameable El became, after he subduced himself from the Babylonian pantheon. Until now... 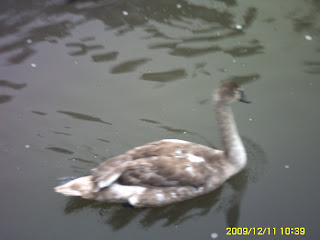 ...it is reckoned that Sol's lost siblings should have remained on a similar circular orbit about the galaxy and, although the birth cluster dissippated about 4.6 billion years ago, with the launch of GAIA in 2012 it should be possible to identify 10 to 60 of such stars and thereby isolate details of solitary Sol's birthplace, its whereabouts and size:

"in a March 2009, draft pre-print, a computational astrophysicist argued that the chemical abundances found in the Solar System and the observed structure of the Edgeworth-Kuiper Belt constrain the initial mass and radius of Sol's star cluster of birth to between 500 and 3,000 Solar-masses (distributed among an estimated 1,500 to 3,500 stars) within a radius of 5 light-years (1.5 parsecs). Although the cluster dissolved over the past 4.6 billion years with the dispersal of the Sun's sibling stars into the surrounding the Milky Way, the stars should have remained on a similar orbit around the galactic center. While Sol's siblings now lie hidden among many millions of stars, 10 to 60 such stars should still be orbiting the galactic core within a distance of 300 light-years (100 parsecs). With the launch of the European Space Agency's GAIA astrometry mission now scheduled for 2012 (to gather positional and radial velocity measurements for a billion stars within five years and create a 3-dimensional galactic chart of the Milky Way), these sibling stars can be identified with accurate measurements of their level of heavy elements as well as positions and velocities of their motion within the galaxy, and the discovery of even a few such siblings should strongly constrain the original size and location of Sol's birth cluster (Simon P. Portegies Zwart, Scientific American, November 2009, pp. 40-47; and Simon P. Portegies Zwart, 2009). "